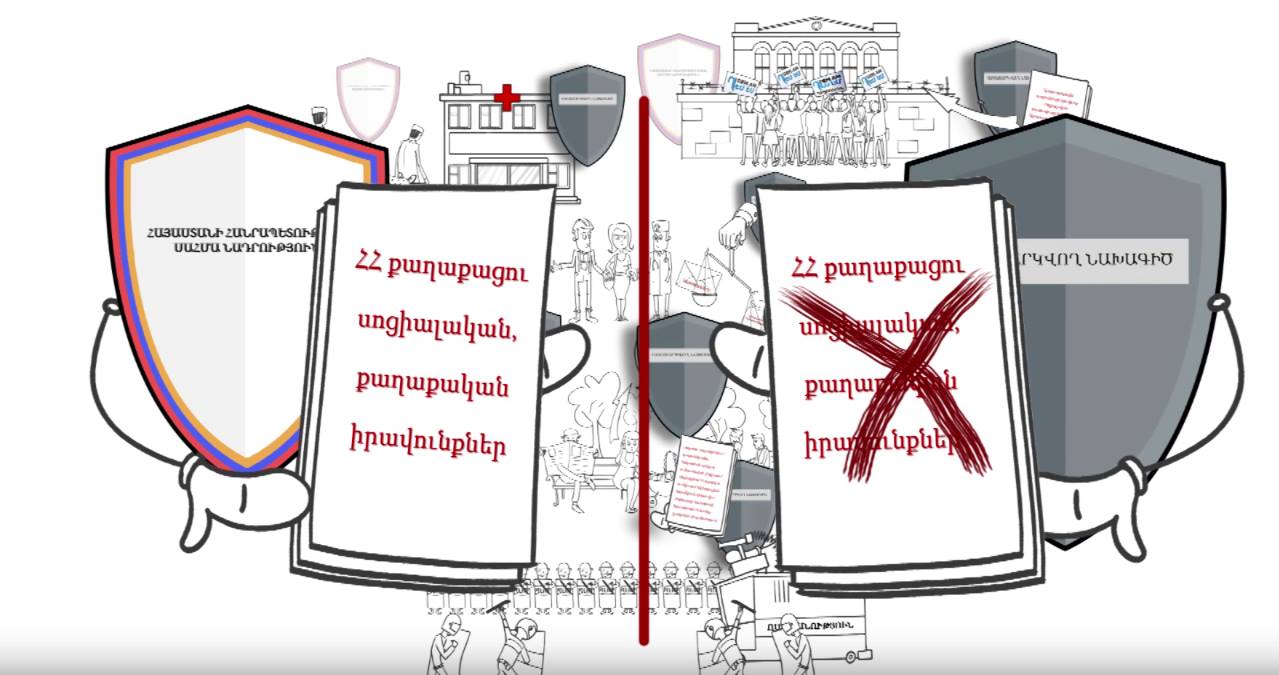 Iceland and Armenia: comparing the non-comparable?

Comparison gives us knowledge. We compare ourselves with other countries to understand the differences and similarities. That helps us learn first and foremost about ourselves rather than about them. There are countries we are used to think to be similar to us, such as the post-soviet countries which share some common heritage from the soviet experiment. Yet it seems more interesting to look into countries that are far in terms of expectations for resemblance. Countries which we are not inclined to ever have anything in common with. One of such countries would be Iceland. So, what is in common between Iceland and Armenia?

Iceland is a society closed and open at the same time, just like Armenia. There is a law on national preservation in this country. The country has a population of around 330.000, and obtaining an Icelandic citizenship is quite a difficult and complicated procedure one will have to go through. At the same time, however, the Iceland legislation is an exemplary model in terms of tolerance of other opinions. This simultaneous closeness and openness has somewhat different manifestation in case of Armenian society. Its closeness is commonly discussed in the sense of non-acceptance of foreigners, of being a unitary society not merely and not as much by demographic composition, but by its perception of being so. A common example of the aforementioned is the by-default official and informal congratulations for any occasion addressed to Armenian children and women, Armenian soldiers and other “anniversary heroes”, thus disregarding all those non-Armenians who are just as members of our society. Our society is at the same time open, which it has to be as a society with migration tradition and with the need of people to maintain and employ communication chains with their relatives, family members, and friends not as much as members of Armenian society but that of their residence countries, It would otherwise be quite a task for our society to survive with such migration streams.

The Icelandic church, too, is considered a national value. Its exclusive role for the Iceland society is secured by the constitution. Of an equal significance for them is the Icelandic language, which specialists believe to have changed little over time. In addition, Iceland also has a body analogous to the state language inspectorate of Armenia, which translates and validates names for emerging phenomena into Icelandic.

Settled by Scandinavian countries in the IX century, Icelanders tend to consider themselves the only true Vikings. They maintain to have discovered America, an argument based on a single sentence in a letter that says Columbus visited this country norther from Britain and continued his way to America therefrom. According to the Icelanders, it is from them that Columbus learnt about the existence of the American continent. Rather than a compilation of interesting and amusing facts, this is an opportunity to see oneself through someone else: true Aryans, “natiodoxes” (tseghakronner), first Christians and many other themes, the firm pillars of modern Armenian mythology, are reminded by examples from Iceland.

While there certainly can be and there indeed are many other facts demonstrating differences between our societies, let us take the aforementioned as sufficient reason to focus our attention on Iceland.

Why change the constitution?

Iceland became an independent state in 1944 after liberation from Danish rule. And the constitution of Iceland was adopted with the referendum on declaring independence from Denmark. Written in the context of the 2nd World War, in many aspects it just duplicated the Danish constitution by just replacing the word kind by president, as pointed by many authors. It was therefore not a “dry and Danish” constitution, although not quite a bad one. This is a worthwhile definition, since it denoted that the fact of Icelandic people’s having no emotional attachment to the document was seriously problematized. At this point it is relevant to make a parallel: in Armenia, having no emotional relatedness to the constitution is not viewed as a problem; moreover, it is used as a rationalization for non-participation in and not caring for the constitution’s reform. If the constitution has nothing to do with our life, then it doesn’t matter whether it gets changed or not. Icelandic society defines the same problem not as an argument for alienating themselves from the document and processes tied to that, but as a reason for need to take ownership for it.

This need, however, was yet to face with conflicting interests of various political forces, and it was not until early 2000-s when it started to reify.

The need for constitutional changes in Iceland was put on the agenda anew following the financial crash there in 2008. This was the bank crisis with roots in the economic policy of the Icelandic government, which had eased short-depths for the citizens. Due to this, Icelandic banks grew and expanded disproportionally compared to the country’s economy. Three largest banks of Iceland were involved in this in particular: the total sum of their involved funds was nine times as big as Iceland’s GDP. The management of these banks also involved quite bulky funds to finance their other businesses by disregarding banks’ commercial interests. Add to this that these banks took big loans and mortgage from external creditors to meet the financial needs, thus developing almost total dependence on short-term funds. The respective governmental agency in charge of financial oversight had actually failed to exert adequate control over this process due to either lack of sources or political will. Either way, the unprecedented enlargement of the banks was not prevented. Following the bankruptcy of Lehman Brothers Holding in 2008, all money markets that had been feeding the Icelandic banks were frozen. The banks, therefore, could no longer fulfill their financial obligations. This is how the government of Iceland came to face the problem of compensation of the banks’ huge depths. An added complication was that Icelandic banks had been attracting investments also from creditors overseas, mainly Great Britain and the Netherlands. The investigation following this financial crash was to reveal that some prognosis regarding the crisis threat had been made by the Central Bank as early as in November of 2007, which were then discussed with the Prime Minister and the respective government consulting agency. None of these structures or persons, however, had taken adequate steps. The Central Bank had considered the problem to be out of their competence and had thus not come up with solution recommendations. Nor had the government applied to them for such. The prime minister had never discussed the issue with other government members. Further, his personal ties with the CB president made many analysts skeptical of the professionalism of discussions at the aforementioned level had they even taken place.

The financial crisis was followed by a series of protest rallies against the government, resulting in the latter’s resignation and ad-hoc parliamentary elections.

How to change the constitution

It should be mentioned that Iceland is the first European state to form a parliament as early as in 930. It is called Alting. Iceland has maintained the same government system from that time on, and the tradition of parliamentarism is essential for understanding how they have reached where they are now. As for the president, he was reelected for the post for the sixth run already. Two elections during that time were simply missed, since no one had wished to propose their candidacy. The president mostly has a symbolic role to perform ceremonial functions. However, he has one important leverage – that of using a veto.

The parliament and the government formed after the ad-hoc elections conceded to the pressure of international organizations and passed a resolution pledging the entire population of Iceland to a 15-year long payment of the depth resulting from the misfunction of the private banks. Thus, every Icelander owed to give back a 100 Euro monthly for the banks that had attracted external funds at their own unestimated risks. But the president vetoed this decision. Next, by appealing to Article 26 of the acting constitution, he called up a referendum on this matter. 98% of those who participated in the referendum voted against the initiative to pay back the depth. The same situation recurred a year later with the same results: the parliament passed the decision, and the president vetoed it with subsequent referendum. Relying on this possibility of effective expression of the public will through referendums that they experienced, the Icelanders then decided to change the situation principally, that is, to change the constitution.

It was decided to implement the process of constitutional changes in three phases: organizing a national assembly; forming a constitutional committee and, lastly, electing a constitutional assembly. The national assembly was organized in the following way: a thousand persons were randomly selected nationwide from the voting population lists with equal representation of females and males of different ages and residence. One day in October 2010, these people gathered in the sport stadium in Reykjavik. They split into small groups of 10-12 and began discussing how they wanted the constitution of their country to look like. The national assembly came up with a number of important conclusions which were to be taken into account by the constitutional assembly. One such conclusion was that the country’s natural resources should be recognized a public property. Next, Alting formed the constitutional committee composed of seven experts in different areas such as law, literature, and political science. The main function of this committee was to collect and analyze information and to come up with ideas. The work of the committee resulted in a 700-page document which included, for instance, references from different constitutions, analysis of relevant literature, as well as article-by-article analysis of the acting constitution based on the conclusions of the national assembly.  This was followed by the elections of the constitutional assembly in November 2010. There were as many as 523 candidates for 25 positions, many of them not lawyers. There were fishermen, physicians, people working at theaters and museums. All of them were represented as individuals; none was proposed by a political party or an alliance. Their campaigns were only very relatively a campaign, since it was mostly just a couple of articles with candidates’ names or their Facebook statuses followed by Q&A. We are used to the idea that principles of direct democracy are not applicable to large societies; yet the Icelanders did do this choice. They were able to do everything that we normally think to be infeasible. The elected 25 members worked in three groups, met weekly to discuss what had been done and posted about it on the website. Anyone could then send their proposals in social networks, as a text message or by other means.  Discussions on the constitution were broadcast on YouTube, and anyone could become a part of this process.

In October 2011, the referendum with 66% participation took place. 80% of the voters said ‘yes’ to the new draft constitution. Of course, fairy tales, even Icelandic, are rare in real life. To become a constitution in force, the constitutional draft based on the public will had to overcome the last barrier of the previous constitution: it had to get the pertinent approval by the parliament.

We want to hold on a process? Then we leave it to political actors. They are typically highly qualified burial experts, distinguished by strong skills of burying everything.

The Icelandic constitution is still pending the last phase of approval procedure. But this experience was as such important regardless. There is a special paragraph in the public constitution which stipulates the states’s obligation to give reliable information to its citizens. And the document opens with the following words: we want to create a fair society where every one will have an equal place at the table. People in Iceland say: “Our constitution may seem strange to you, but it is the way we live, and that’s what matters to us”. 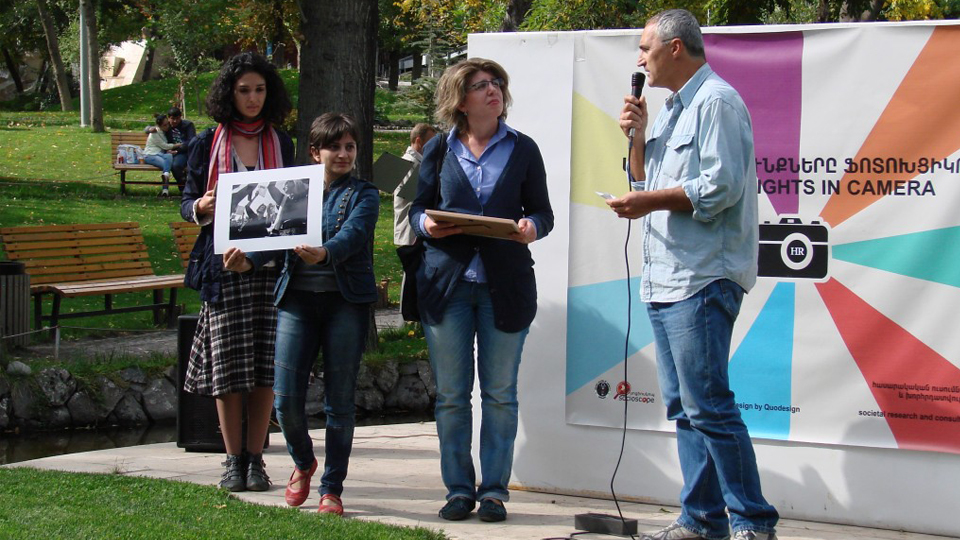